He Eats Meat But Owns Vegan Restaurants—and in the Wake of Coronavirus, He Thinks We All Need to Rethink Our Diets 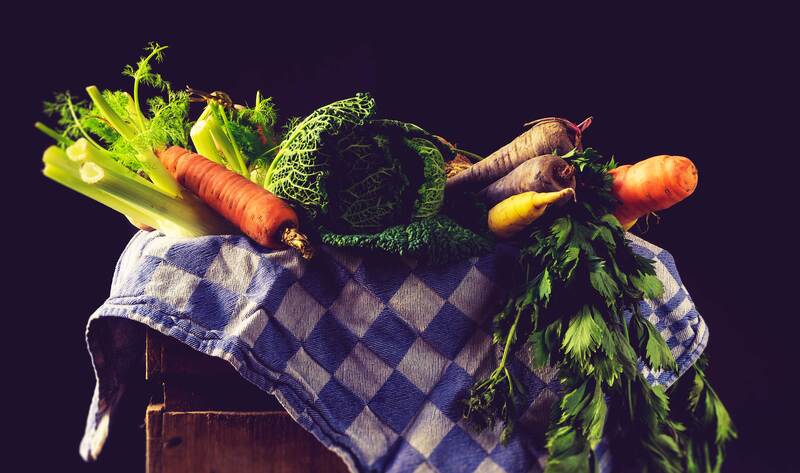 You might have heard of Chicago restaurateur Andy Kalish when, earlier this year, his vegan Jewish deli Sam & Gertie’s opened—selling out of everything during its opening weekend and making a splash that was felt much further than just the midwest (as it turns out, from coast to coast, we are all craving plant-based lox). Along with his wife, Gina, Kalish also runs plant-based diner Kāl’ish—known for serving the Uptown neighborhood cruelty-free burgers, plant-based pulled pork, and chili cheese fries. But in the terrifying wake of the global pandemic—when so many small businesses and restaurants are suffering beyond comprehension—Kalish, like so many others, is being faced with the question of how to transform his business to meet the rapidly evolving, dire circumstances we are now in. As Kalish (whose restaurants are still offering take-out) confronts the staggering economic losses faced by our society, he has an important message to everyone—regardless of whether they’re vegan or not (Kalish is not). He wants you to eat more plants, as he believes that might be an important piece of the puzzle when it comes to healing a very broken system.

OpEd: My Plea to Anyone Who Eats
by Andy Kalish

If the grinding halt of our planet, death of those close to us (or close to others in our lives), decimation of economies, and absolute fear that we have so little control over nature, is not sufficient for us to all look in our fridges and recognize we have the obligation to change our ways, I can’t imagine what will.

I am an omnivore. But my wife and I invested hundreds of thousands of dollars, and thousands of hours, to create two plant-based restaurants beneath the simple notion that eating more plant-based foods will weigh less on our bodies and our planet. Our goal was to make it easier for people to join us by creating familiar and indulgent foods that left no craving unsatisfied. We stepped on that path five years ago, and I wake up every single day and praise my wife that she put us, and kept us, on this incredible path.

Keeping our mission intact
We live in Chicago, and dozens upon dozens more restaurants are closing daily under the stresses of C19.  If you cannot afford to buy the food, pay your employees, or pay the rent, then the lights go out. Yet while many neighboring restaurants have closed, both of our restaurants remain viable and in-demand, though at a significant percentage less than what we were doing five weeks back. I credit what feels like success to a few things: we are plant-based, what we do is unique, and much like the handful of vegan restaurants in Chicago, we are one of a kind.

When our customers are making decisions about where to spend their money and get their next meal, it’s clear to me that they are committed to supporting the companies that align best with their values. And we are community-driven: we support vegan organizations regularly; we have given away hundreds of plant-based meals to those who are in need since the onset of C19; and, recently, we gave away dozens of locally made face masks crafted by vegan clothing designer @shopwilbr. We couldn’t do any of this if we didn’t have supporters who were loyal to us and our mission.

Rethinking how we consume
Think of any other type of restaurant that is not plant-based, and you will find dozens—if not hundreds—of options available nearby. It then becomes easy to see why so many of those restaurants cannot keep their lights on now. Less demand in the time of coronavirus cannot sustain all that is out there.

Most every killer virus that has plagued us in recent years (and for millennia) is rooted in the consumption of fauna, not flora. Anyone thinking that the food poisoning they got eating lettuce or cilantro was some natural occurrence need only look to the factory farms and feedlots neighboring our pastoral vegetable acres. Heavy rains regularly run over with the feces of factory farms and endlessly contaminate our precious crops.

A deadly diet
I have taken dozens of food safety courses over the years, so I know that the amount of time dedicated to preparing flora safely lasts about two minutes. Wash them. That’s it.

On the flip side, the time spent handling, preparing, and storing animal products lasts hours. The punctuation on almost every course is that if you don’t store, prepare, and cook meat properly, it can be deadly.

And here we are. As I said earlier, I am an omnivore. I was neither raised on a farm nor in the countryside, but I did fish and use long guns growing up, and—at the time—felt as if I had a healthy reverence for the fauna I consumed. Despite the artisan labels now placed on some meats, the impact of eating the vast sums of animal flesh is staggering, dangerous, and increasingly deadly.

The endless demand for more and more cheap meat is killing us. It places such a high burden on the worldwide producers of animal proteins, our land and water, and the laborers who service those industries, that danger lurks at every turn.

The notion that eating meat is safe must be questioned by all—whether we own restaurants or eat at them, and whether we’re vegan or omnivorous.

My plea is simple: Now is the time to eat more plants. They weigh less on our bodies and our planet. And they might be the only way forward.

Andy Kalish is the co-owner of both Chicago’s Sam & Gerties vegan Jewish deli and Kāl’ish.